Valuable dialogues on the future of European railways 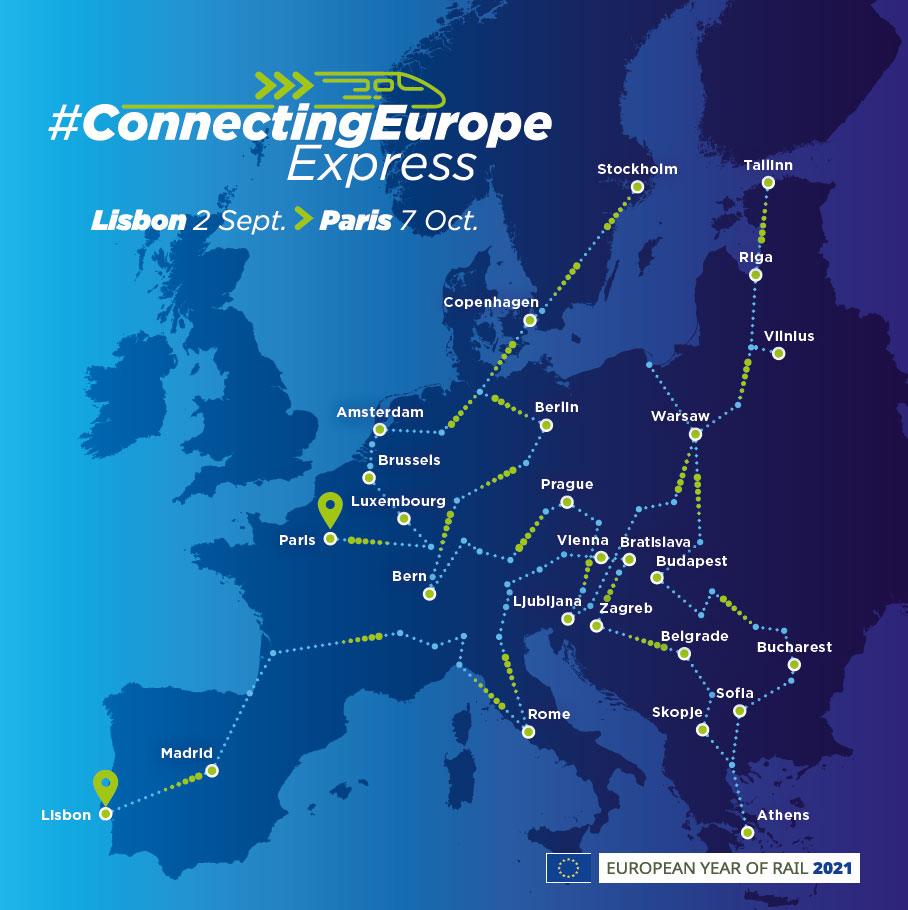 After just over a month of travel on the railway tracks of Europe, Connecting Europe Express ended its journey on October 6 in Paris as its final destination. Travelling onboard the train, the European Commission has visited 26 countries and has certainly been rewarded with a wide range of perspectives on the railways in Europe. The train’s visit to Sweden was valuable for us in the Swedish railway sector as it enabled us to communicate our positive examples and needs and to listen to EU priorities and plans for the future.

In our conversations with Kristian Schmidt, Head of Land transport DG Move, we brought up Sweden’s deregulated market as an example. Kristian continued this dialogue during our morning seminar where he noted that the collaboration in the industry is impressive and that we have come a long way. The capacity of the tracks and missing links is an important issue both in Sweden and in Europe. Kristian Schmidt emphasized that the railway is a system and that a major stop in Germany could have effects in Sweden as well.

– It was clearly noticed by Kristian Schmidt was that Swedish operators compete in a deregulated market but at the same time have the ability to work together for the good of the industry, said Ted Söderholm, CEO of Green Cargo and Chairman of ASTOC (Sw: Tågföretagen).

– It was really interesting to get the international perspective, which shows how far we have come in Sweden in terms of liberalization and at the same time to see the importance of collaboration in the industry and how variably different member stated have handled issues such as deployment of ERTMS. There is certainly more to do in Europe to be able to travel across borders by train. An illustrative example is the Connecting Europe Express itself. To be able to run trains throughout Europe, three different train sets and even more locomotives were required. There is more to do here that simplifies and contributes to our competitiveness, said Madeleine Raukas, Deputy CEO of SJ.

– We thought it was incredibly rewarding and look forward to the continued work to improve the competitive conditions in the Swedish market with the support of the European perspective, said Henrik Dahlin, CEO of MTR Nordic.

– It is important to have discussions and coordination in an international perspective, but the forum also provided very good opportunities to discuss important national issues in a broad forum with operators, politicians and influencers, said Claes Scheibe, CEO of Hector Rail.

– The greatest benefit is probably all the formal and informal conversations that have taken place in the planning before and during the two days the train spent in Sweden, and the conversations will continue, says Gustaf Engstrand, Head of Policy at ASTOC.

”It’s a no-brainer!” – that was the reaction of Pat Cox, European Coordinator for the TEN-T Scandinavian-Mediterranean Corridor, when commenting on the value of rapid expansion of main lines for high speed trains in Sweden.