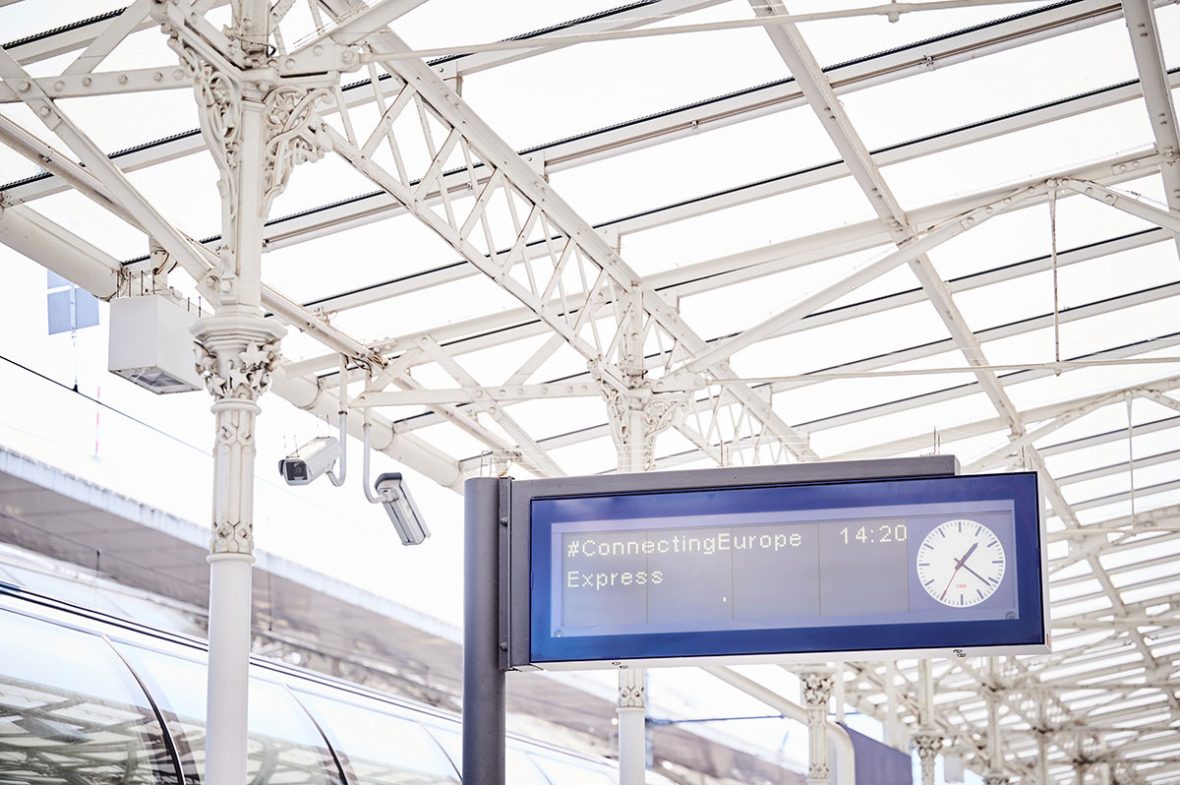 ”It’s a no-brainer!” – that was the reaction of Pat Cox, European Coordinator for the TEN-T Scandinavian-Mediterranean Corridor, when commenting on the value of rapid expansion of main lines for high speed trains in Sweden. This was only one of many valuable comments from the EU decision-makers who traveled with us through Sweden on the Connecting Europe Express train in the beginning of October. Kristian Schmidt, Head of Land Transport at DG Move, highlighted in particular the fact that Swedish operators compete in a deregulated market, however, at the same time have the ability to work together for the greater good of the industry. Many important themes were discussed, among them:

The EU should support the development by enabling harmonized European regulation that reflects experience from a deregulated and liberalized railway market such as that of Sweden. After the five-week journey between Europe’s cities, there are several intermodal freight units loaded with impressions to process for EU decision makers, national governments and the European railway sector.

In our upcoming policy work, we bring this robust level of understanding emanating from the formal and informal meetings held during the journey of the Connecting Europe Express. And we commit ourselves to making sustainable mobility in Europe a reality under the European Green Deal!

Comments from the Swedish railway sector on the Connecting Europe Express visit to Sweden.

Please see the following links for a summary of our seminar “Missing links in European rail infrastructure and EU regulation on track” or the entire seminar. The seminar is partly in Swedish and partly in English.

Please also see the following links for a seminar held in Sweden in July 2021 on “Crossing all of Europe by train – when is this fully a reality?” Go to seminar and read the description